Despite spending over a decade shunting between Chandigarh and Shimla I had visited Kasauli briefly just once. Being an alumni of Bishop Cotton School at Shimla, all that Kasauli meant to the ‘Cottonians’ was that the Kasauli hills were home to their chief rival school, the Sanawar.

Having spent a thoroughly enjoyable family holiday last week at Kasauli, I realized the beauty of this small cantonment and how it has grown demographically and in popularity. The visit was prompted by the family getting together for my 70th birthday.

The British had such small stations clustered around large ones like Shimla, which is how it was called then.

Our homestay at ‘The Pine Crest Ménage’ was an epitome of Himachali hospitality and the courtesy exhibited by the staff acted as a pleasure multiplier. If this was a trailer to what was in store for the next three day, vacation to the Shimla hills was destined to be exclusive and enjoyable.

Shimla had at least six satellite stations in its orbit: Dagshai, Jutogh, Kasauli, Solon and Sabathu were military convalescent station or were military cantonments and Sanawar, our bête noire, was the home of the Lawrence Military Asylum for the children of British soldiers.

In the sixties a road journey from Kalka to Shilma with minor diversions would take one through these satellite one horse towns. These cloud-enshrouded sanctuaries were where the British expatriate  apparently came for seasonal relief in effect however, these quaint satellite stations were generally seen as places where the elite expats went to relax, let their hair down and have some fun.

These townships were the colonial equivalents of Bath or Brighton ‘back home’, cliquish resorts where rakish officers, vampish ladies, ambitious bureaucrats, and bored housewives engaged in endless parties and gossip. Kipling did a great deal to engrave this image with his masterly collection of short stories, ‘Plain Tales from the Hills’.

The Baptist and the Christ church may be vestiges from an era long gone but still catch the eye of the casual weekend visitor; the Kasauli club, a blue blooded colonial institution is still highly ranked and recommended for a pompous lunch of staple taste,

but the single most essential ‘to do’ at Kasauli is to try the ‘Bun Samosa’ at ‘Narender’s’. Its praise I had heard from  everyone who had been to Kasauli. Who then was I to ignore paying my obeisance to this iconic recipe.

The calm, clean air at the heritage market was being fully enjoyed by the rowdy weekend revellers from Chandigarh. Everyone was busy eating drawn by the different culinary aromas of chicken tikka and the tempting whiff from half a dozen Tibetan food outlets serving Tsampa and Momos that blended effortlessly with the fragrance of freshly baked doughnuts and and the sweet-sour aftertaste of freshly squeezed orange peels from the juice parlour.

The crowd at the insanely famous “Narender ‘s” was enough to block the clean narrow road of the market, attract the monkeys to scavenge the leftovers rather politely while simultaneously keeping a vigil as a large congress of baboons hung out on the church roof not far away.

“Four Bun Samosa please”, my daughter orders after tediously finding her way to the busy grill at the very entrance of the eatery.

“Orders for 24 Bun Samosa first madam. So no new orders for next 15 minutes please.” Oops; it was not that the hierarchy here was set by the volume of ones order but just that the UP  gluttony  did not match up to an average Punjabi appetite.

The Bun Samosa was not new to me. I was first introduced to it in the very early seventies at the Armed Forces Medical College, Pune. “The institute”, as the tin shed canteen was reverently referred to, served it with several variations the most popular being the Bun Muska Samosa. This had a thick layer of salted butter pasted on the inside before the Samosa was placed in and pressed hard to get its innards spill out beyond the edges of the freshly baked cold bun. The crunch of the samosa’s fried edges, its spicy potato filling and the smooth  texture of abundant muska made the recipe ethereal. It could be had with pumpkin sauce that passed as a pale version of tomato ketchup or with other chutneys whenever they were available.

As I bite into Narender’s recipe I am overcome with sudden and acute nostalgia that takes me back forty years. At the ‘AFMC Institute’, the cupid-struck lovebirds would stayed put for hours under the cooler shades of the yum-yum tree, unattached friends would spend hours gossiping animatedly occasionally biting into their order while those with broken hearts munched in melancholic silence and a distant gaze as they savoured their ‘Bun Muska’ reflecting on the relationship gone sour. Here at the Heritage market I scan around me and find kindred scene from my Bun Muska times. A newly married couple sipping together from a can of coke; a group of friends vociferously sharing their order of 24 buns and a lonesome young man doing staring at a stray sleeping at his feet.

On first bite Narenderji’s recipe tastes good but the sauce is genuine tomato ketchup, not kaddu, the muska is not pasted on but melted into the bun, the samosa just not large enough to be spilling over the bun that had been on the hot plate far too long to retain its fresh goodness .

Yes, the Kasauli Bun Samosa was good but it lacked the tastiest of ingredient: Memories.

Here’s What People Are Saying About Pushangan Ménage, Palampur 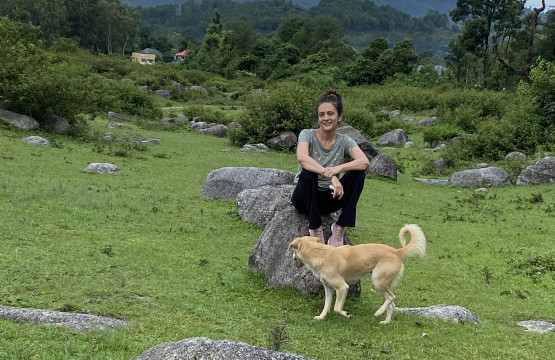 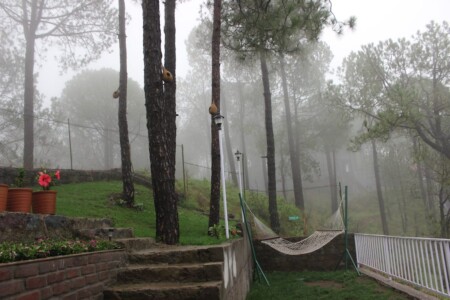 A delightful experience to our surprise at Kasauli

I happened to visit Kasauli with my family, a quaint small old British time cantonment town near Chandigarh surrounded by… Read More 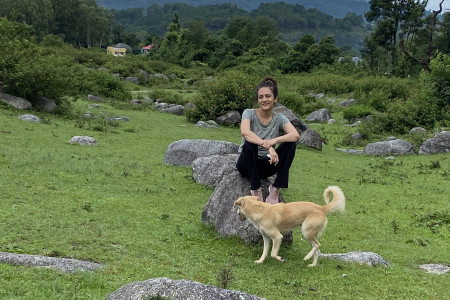 Here’s What People Are Saying About Pushangan Ménage, Palampur

If you’re looking for quiet communion with nature, like I was , look no further !
Sitting pretty amidst vastly spread… Read More

Antivirus is among the most critical... Read More

A bittorrent file can be described... Read More

Please enter your username or email address. You will receive a link to create a new password via email. 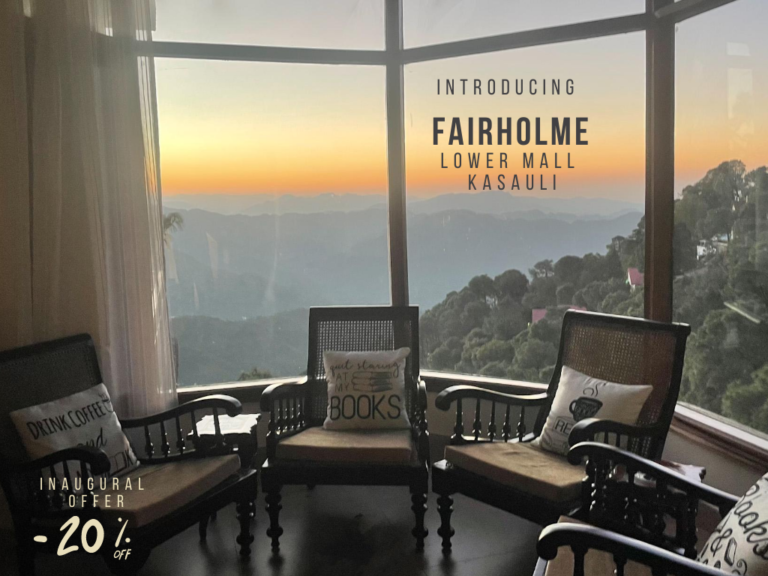